Having designed the first soMos, in Porto, twenty2 degrees went on to create the second restaurant for the group, this time in the affluent residential district of Neuilly, west of Paris.

We brought through some of the original elements, including the feature screens and oversized pendant lighting, to express the brand relationship but mixed these up with Parisian touches. Marble was introduced, the palette became a little more chic and French plates adorn the walls, lending an artistic local reference.

We are now designing soMos Cote d’Azure for the five-star Miramar Beach Hotel & Spa which will take the restaurant brand into a more glamorous and bohemian aesthetic, reflecting the Riviera vibe. 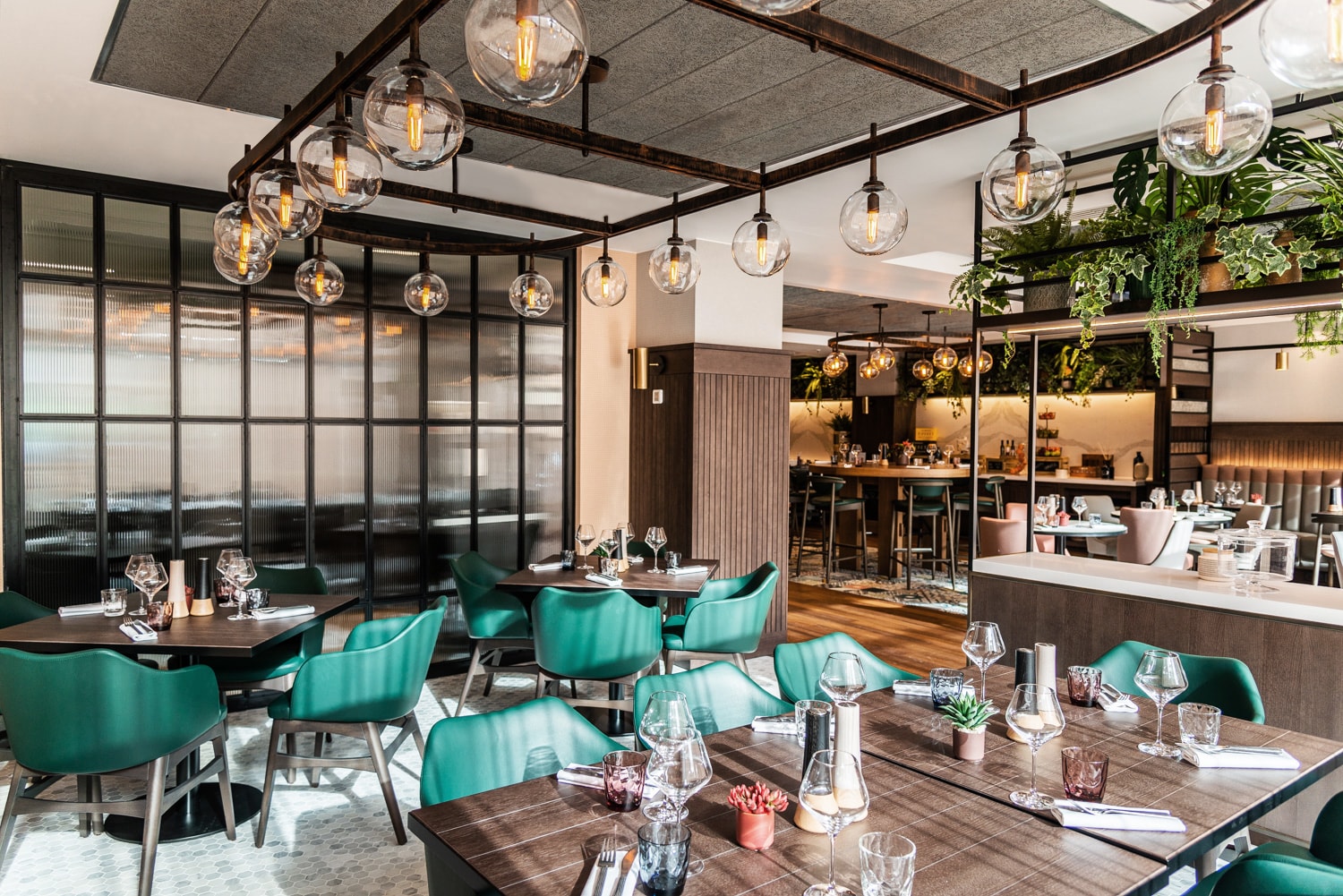